To kick off the new year, we’d like to share with you some data on Lauren Alston Foundation ~ LAF’s activity in 2013.   We thought you might find these stats as interesting as we did.

A San Francisco cable car holds 60 people. This blog was viewed about 3,200 times in 2013. If it were a cable car, it would take about 53 trips to carry that many people.

In 2013, there were 17 new posts, growing the total archive of this blog to 41 posts. There were 26 pictures uploaded, taking up a total of 14 MB. That’s about 2 pictures per month.

The busiest day of the year was September 17th with 131 views. The most popular post that day was The Answer is 2….

These are the posts that got the most views on Lauren Alston Foundation ~ LAF in 2013.

Where did they come from?

Most visitors came from The United States and Canada & Germany were not far behind.

We have 50 “Followers” but would love to have more.  If you haven’t done so…please sign up using your email (which will never be shared)…you will receive an email when a new post is made on the blog.

Thank you for your love and support. 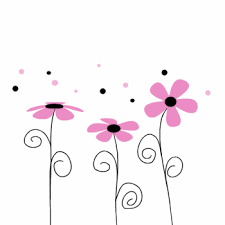